City of art in Tuscany 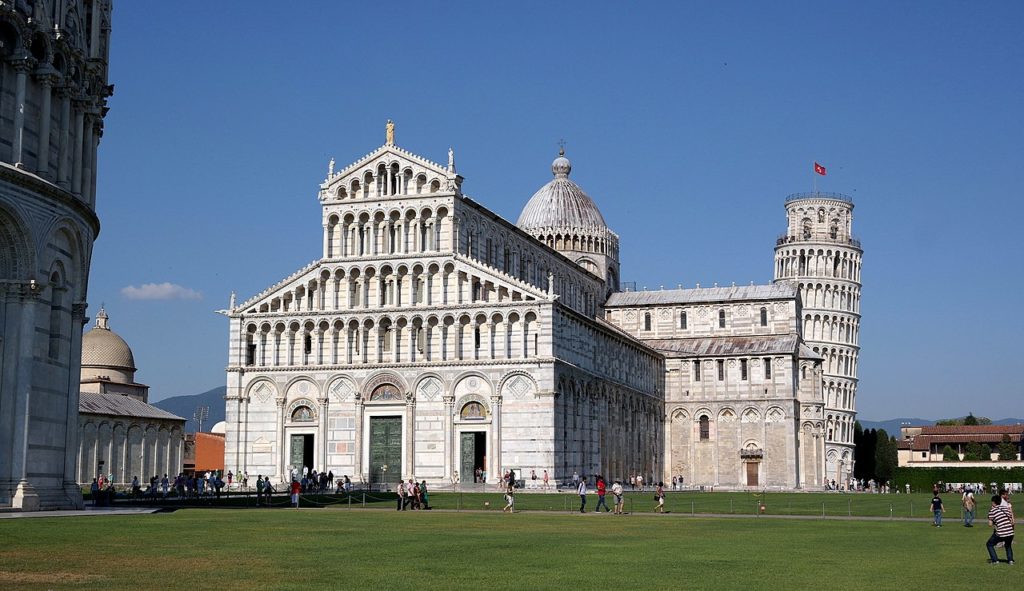 Tuscan city famous for its leaning tower located in Piazza dei Miracoli capable of attracting tourists from all over the word for its uniqueness. 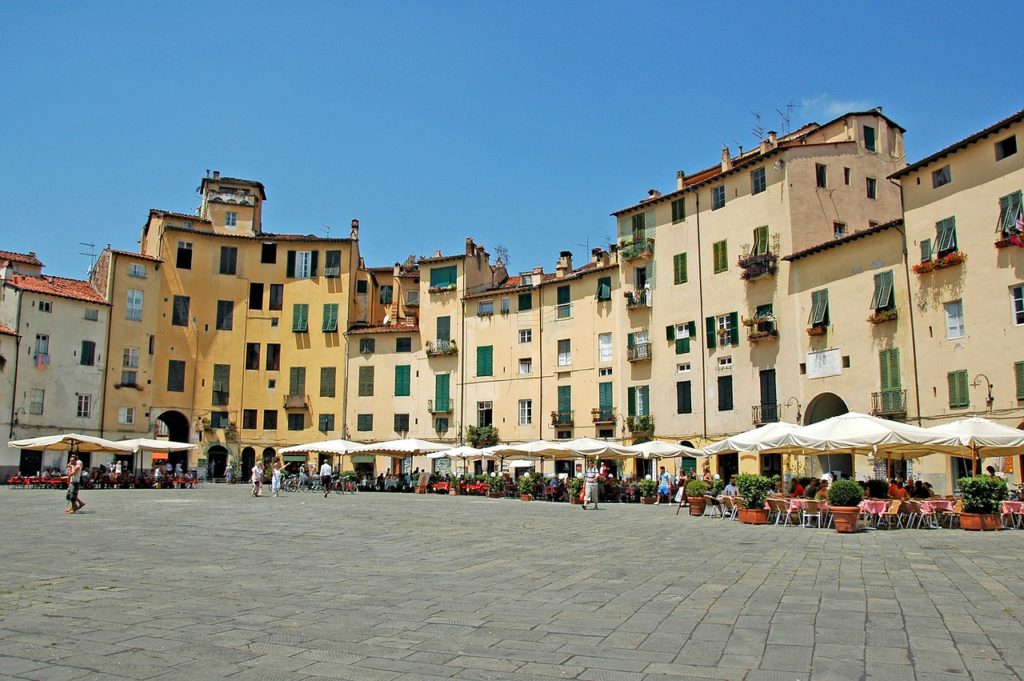 Tuscan city characterized by the presence of about 4 kilometres of city walls surrounding the old town. Thanks to their thickness and the presence of 10 bulwarks distributed along their length, the city walls host a big park where citizens and tourists can relax, go for a walk or do outdoor activities. 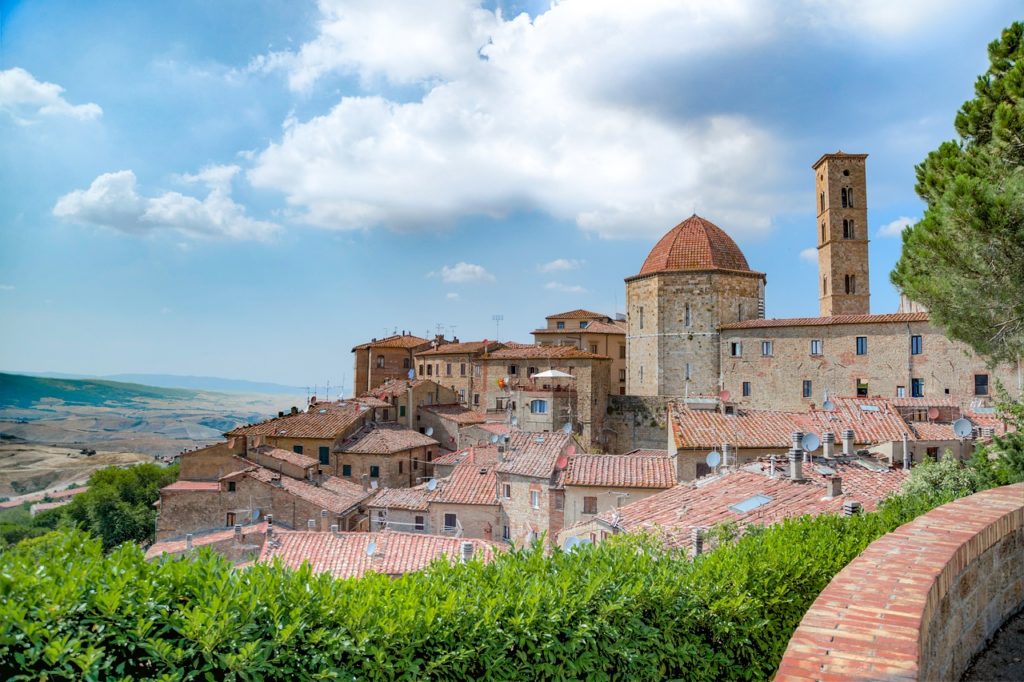 A Characteristic medieval village known for the extraction and processing of alabaster. 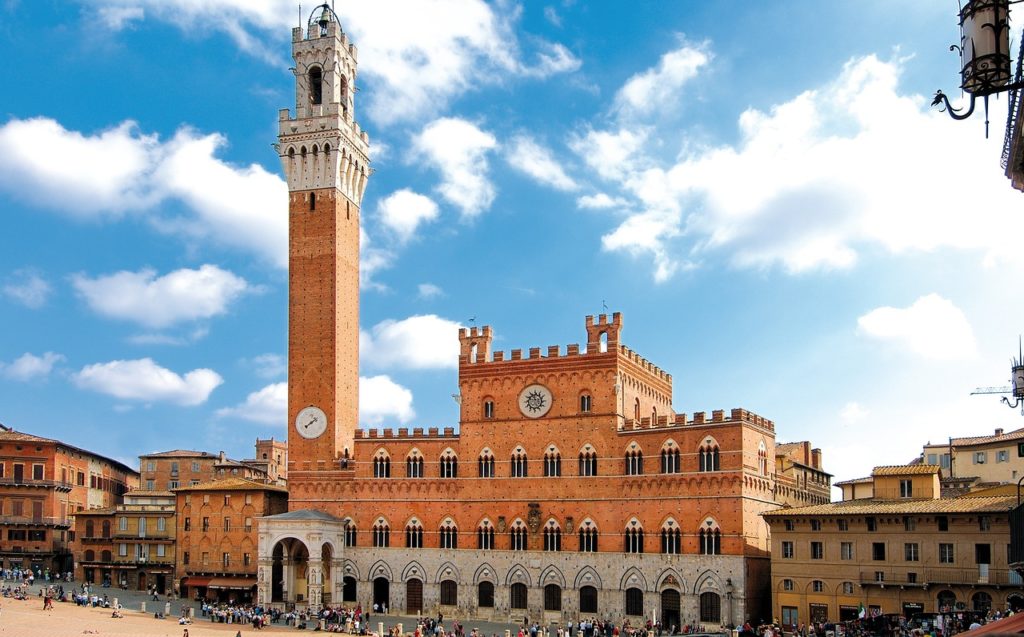 A Medieval city famous for its artistic and cultural heritage. The heart of the city resides in Piazza del Campo; the city main square which welcomes citizens and tourists for the annual Palio; the famous horse race whose origins date back to past eras and which is part of the city culture. 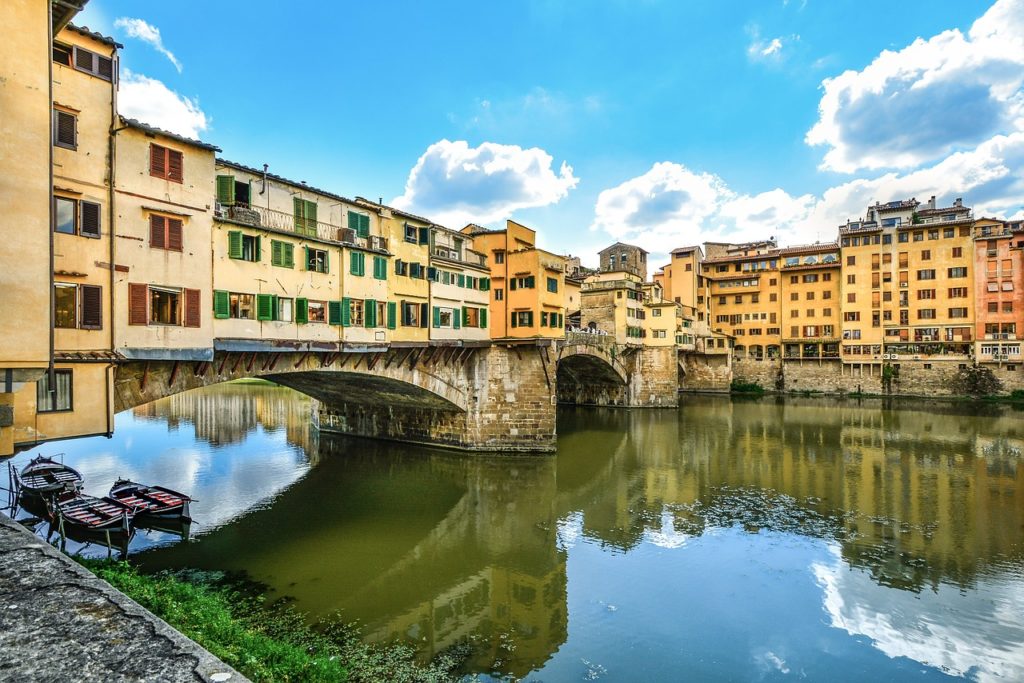 Magnificent city which welcomes tourists from all over the world for its wonders every year. Florence is considered “the cradle of the Renaissance” thanks to the Medici family, who supported the work of such Renaissance masters as Botticelli, Michelangelo, Brunelleschi and Leonardo da Vinci.
Among the main places of artistic and cultural interest there are in Piazza del Duomo, the Santa Maria del Fiore Cathedral with its dome designed by Brunelleschi, the Baptistry and the bell tower by Giotto.
There are also other places of interest that are worth visiting, such as the Uffizi Gallery where you can admire “The birth of Venus” painted by Botticelli, the Florence Academy Gallery where Michelangelo’s David is preserved, Piazza della Signoria where Palazzo Vecchio is located and Ponte Vecchio; an extremely unique bridge considered an icon of the city today. 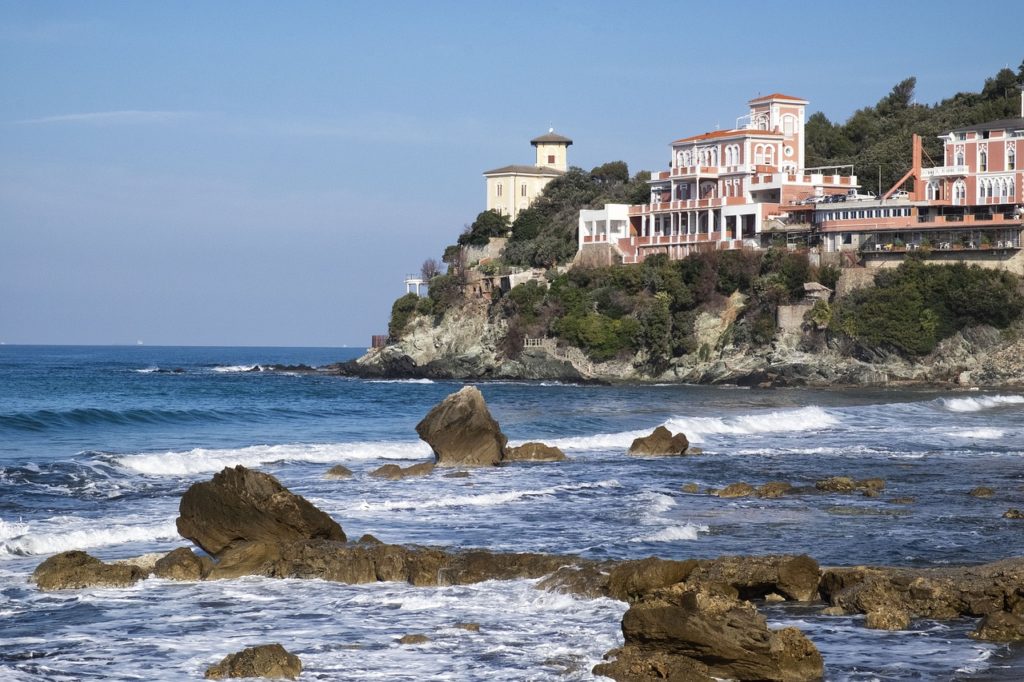 Small town overlooking the sea which can offer its citizens and tourists fine sand beaches and a shallow sea with crystal clear water. While for many years it was considered only a fishing village, during the 1960s, it became a place of attraction for VIPs thanks to its striking landscapes. 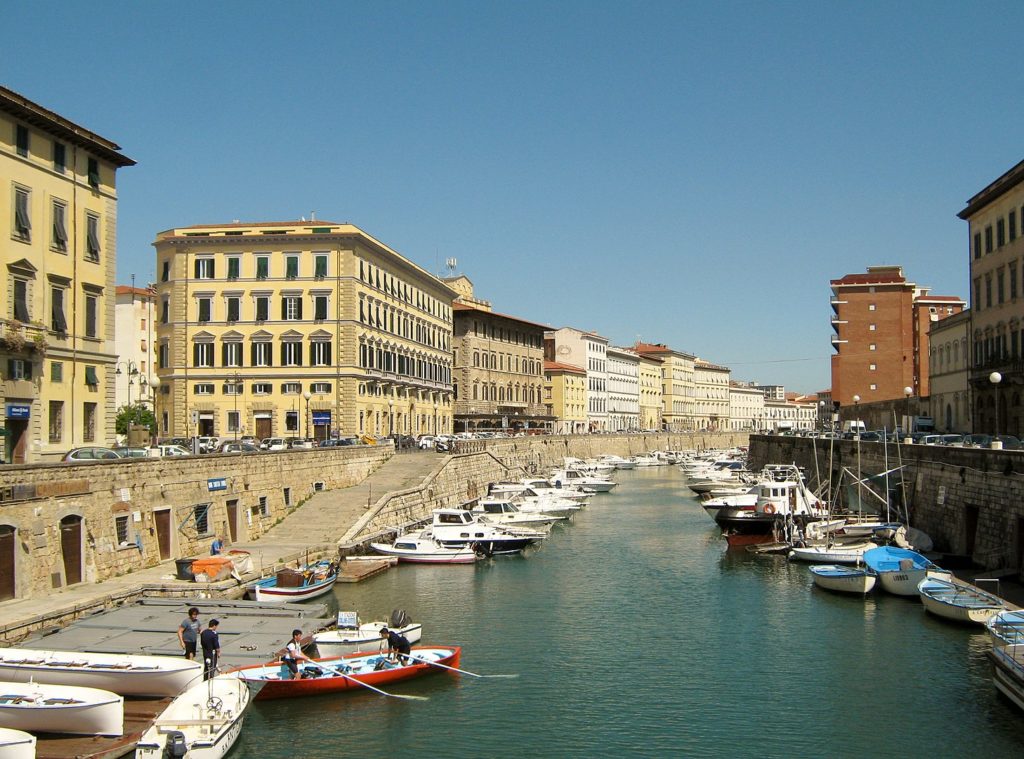 Livorno is the ideal destination for rock-loving tourists thanks to its coastline characterized by cliffs overlooking the sea on which locals love to sunbathe during the summer season. Livorno is also famous for its seaside promenade and Terrazza Mascagni; one of the most beautiful seafronts of Italy. 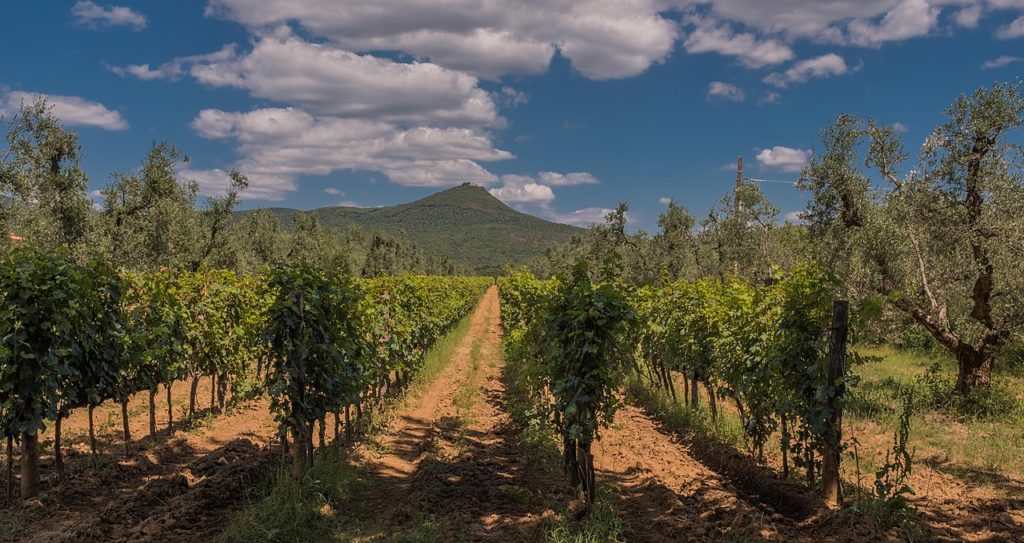 Wine lovers cannot miss a visit and wine-tasting in one of the many wineries that have made the Tuscan wine famous all over the world. Terricciola, producer of Chianti on the hills surrounding Pisa, and the DOC Bolgheri area, with more than fifty wine producers who have made Bolgheri a unique place thanks to their vineyards, are recommended destinations.
If you want to enjoy what Tuscany can offer, a glass of wine should be tasted eating one of the many typical dishes of our cuisine cooked in one of the many restaurants in the area.
Quality and variety are two qualities that characterize the Tuscan cuisine offering a lot of different traditional dishes both land and sea. Even if main recipes use meat, in fact, in seaside towns you can also eat excellent fish caught by local fisherman. 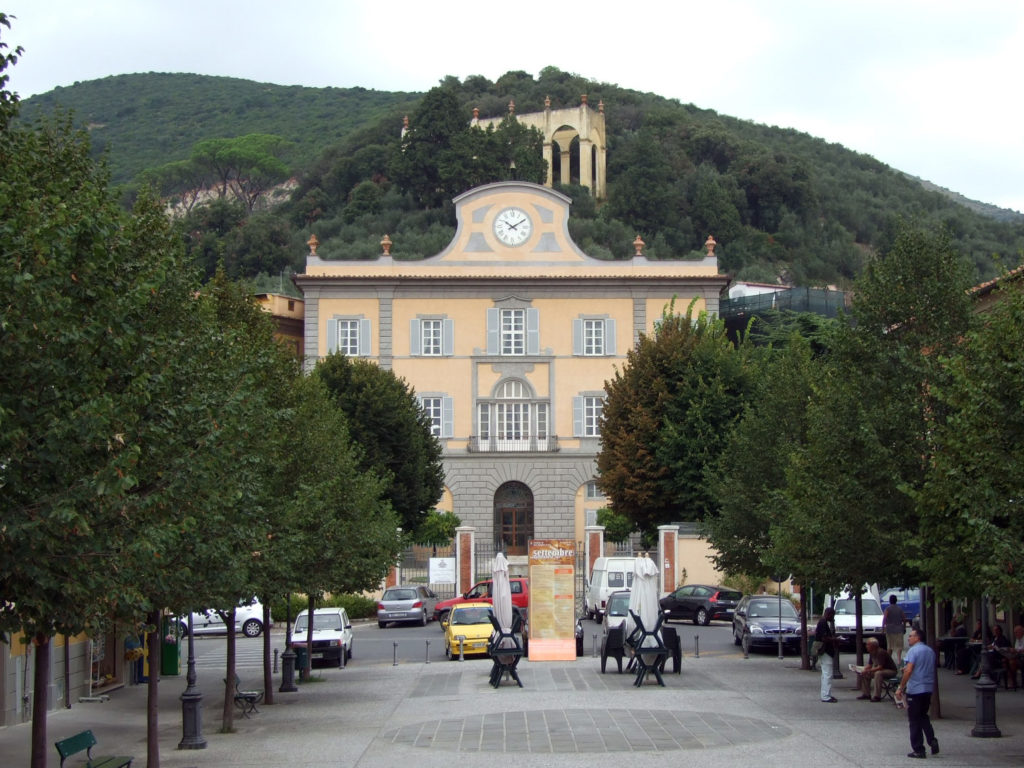 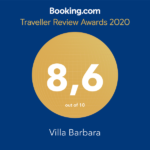